Ever since the beginning of transportation, with dispatchers, carriers, and brokerages There have been people that always wanted to use it to be a get rich quick scheme by scamming other people in our essential and important Transportation Industry.

The rise of double brokering has become so bad that we have had to constantly create new protocols, procedures, securities, to make sure that the carrier we’re using is a carrier that will do the load correctly without being a double broker. It has evolved into huge rings of people that are all connected, and it is getting harder to discern which carrier is a bad one. The scammers are using fake paperwork, fake phone numbers, fake emails and any number of other ways in order to make sure that you can’t decipher that they are a double broker. It takes a village to stop these people.

A brief explanation of Double Brokering:

A Shipper hires a Brokerage to help get loads covered and moved to it their final destination. The Broker gives the load to a Carrier, trusting that they will haul the load to the destination without any complications. This is the way it should work. However, in this example, the Carrier is a Scammer and not a real carrier.

We, Business to Business Logistics, were recently an unwitting participant and a victim in a carriers Double Brokering scheme. The Scammer managed to somehow get hold of one of our rate confirmations which they then edited. After they put in a different phone number and email, they sent it to the end carrier to scam them. The scammer carrier then received loads from other brokerages and used our paperwork with the edited rate confirmation to send out the loads to the end carrier. The end carrier would then deliver the load, send back the pod to the “brokerage”, which was the carrier that was double brokering it. They would contact the original broker and say they needed quick pay right in order to pay for something urgent. Since the original brokerage had the POD they went ahead and paid the quick pay. It was when the carriers started invoicing us with the rate confirmations that were edited, we found out that our name was being used by a double brokering scammer.

There were other mishaps taking place in these scams. Some of the carriers arrived at pickup and the numbers were not correct for pickup or they were confused about what was being picked up because the rate confirmation said something else.

The carriers tried calling the fake number which never answered, and they tried emailing the e-mail on the Rate Confirmations, which was a fake e-mail that the scammers sporadically answered back. A few of the carriers that were confused about what they were picking up and looked us up on our website. We were able to steer those carriers away from picking up. We suggested they call the warehouse and see who the customer was, and perhaps go direct since they were already there.

Once we started getting phone calls about these Double Brokered loads, we started calling warehouses to find out who the original brokers were to ascertain which carrier it was they gave the loads to, so we could try to stop them. We eventually did find out the Carriers name, and we saw all the red flags that should have been caught in the first place. We called their burner phone enough times that they shut it off. We were able to get the fake e-mail shut down by calling the domain name and showing proof of what they were doing.

All of this was done in a period of about four days and yet they still created a lot of chaos and burned 14 carriers in the process of the scam. We have since heard that they used at least three other Brokerages Rate Confirmations and scammed many other carriers.

But here is the thing! Probably 90% of these loads could have been stopped before they were booked. The brokers that were giving out the loads to this carrier should have had tools and protocols to ensure they were not using a double broker. This carrier had at least 5 double broker reports on Carrier411 and TIA, before these loads were even booked. By having and using these tools, they would have avoided booking this carrier altogether and avoided the ensuing headaches.

If they had used My Carrier Packets to onboard this carrier, they would have also been made aware that they had a TIA Watchdog complaint against them for Double Brokering. They could have seen the actual address where this carrier said they were domiciled and would have known it was an empty building that was for sale. Other red flags for this carrier, included being less than three months old, and they had no inspections at all. When I talked to some of these Brokerages, it seemed that they did not have a robust security procedure or protocol system set up at all.

There is some fault to be laid at the feet of the carriers that took the load. They did not read the rate confirmation, where there were more red flags. In the special instructions part of the rate confirmation there were things that didn’t add up: the equipment had to be “swing door vans with e-tracks, straps and bars, no reefers allowed, tracking must be done or there was going to be a penalty.” At the top of the rate confirmation for equipment it always stated van. Several times what they were picking up was wildly different than van loads. Some of them said they were picking up frozen bakery or produce that needed a reefer.

In one instance they went down to Texas warehouses and picked up produce that was 100% different than what it stated on the Rate Confirmation. Some of the other rate confirmations said they were picking up frozen bakery, but they picked up Amazon Books and another was plastic film when they were supposed to be picking up frozen product. There were also a couple that said they were picking up tomatoes and they picked up avocados. Nothing ever matched what they were supposed to be picking up and there were no questions about it from the carriers that picked up the load. Only two carriers called us about the discrepancy, and we were able to stop them from getting loaded.

The rates were usually twice what the normal rate was for that lane at any time of year. If it looks too good to be true, then it usually is. The Scammers don’t care what you want for money, they just want you to pick it up and deliver it so they can get paid what they negotiated for.

I had to call factoring companies and carriers to let them know the bad news. Calls I hated making. I tried to give the carriers tips on how to identify scammers for the future.

I made many calls, on behalf of Business to Business Logistics LLC, to warehouses, receivers and shippers. Warehouses were very helpful, however, I only had one shipper that would talk to me, the rest were not very helpful.

It is concerning that people don’t want to or have the time to get to the bottom of things. Scammers are not going away. There were so many things that could have been done differently to stop this scammer. Double brokering always ends badly for someone. In some cases, the end carrier will not get paid, and some the shippers will have to pay double. They are then mad at their brokerage, and it creates distrust as whole for Brokerages. The Shippers create even more protocols and rules in their contracts for brokerages to work with them. I don’t blame them! Because someone did not use precautions and tools to avoid this, they are having to pay twice. Sometimes, to salvage a relationship, a Brokerage will also pay the end carrier.

One of the brokerages that I talked to did give out two loads to this scammer which were then re-brokered as high dollar loads. The Brokerage did not want me to tell the carriers who he was because he didn’t think he did anything wrong. He told me he hired a carrier, and it was the carrier that was in the wrong. I shared with him if he had done his due diligence, he would not have hired the scammer. It is everyone’s responsibility to make sure that they are carefully vetting carriers before giving out loads. It will cut down on the number of loads that are double brokered.

Our Brokerage, Business to Business Logistics, has instituted new securities and protocols to make sure we do not get caught hiring a double broker carrier. We update them regularly. The fees for real time tools and the time it takes to create protocols, are well worth it. They save you hassle, headaches and money in the long run. None of the Brokerages I talked to about this carrier that caused so much havoc, used these tools when onboarding the Scammer Carrier.

What Protocols are you requiring your Brokerages to follow? Are they following any at all? Have you had that conversation with them?

If you have questions about what these protocols entail, call me and let’s talk about them. We review and update protocols regularly. We never take lightly that you have trusted us with your property. We welcome inquiries about our protocols developed to keep your freight safe.

Agents and Brokerages, what do you have in place? Are you using the tools? Are you using them correctly? We have state of the art, real time tools that are provided by Business to Business Logistics for free! We have everything we need to run our Agencies professionally and keep the scammers at bay. We provide Receivables Insurance to protect us and the company. If you are not utilizing them, or you can’t afford them, please give me a call and let’s talk about our opportunities.

As an industry we can and need to do better than we are now. We need to help protect the industry from these scammers. Right now, very little is being done to make stop scammers from showing up again. The powers that hand out MC’s, Companies that Insure them, Load Boards that give them a way to find loads, need to develop much stricter and more robust protocols, along with checks and balances to make it undesirable to even try to commit fraud in the industry. 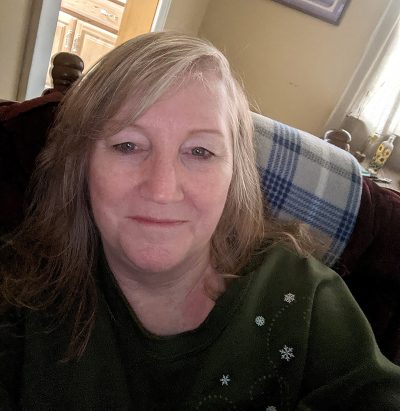 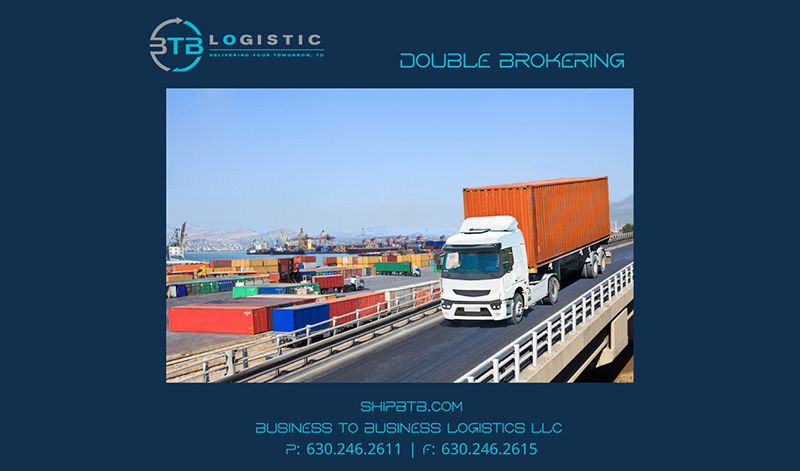